Karuna Center for Peacebuilding—in partnership with Men’s Resources International and 8 organizations across Rwanda, Burundi, and Eastern Democratic Republic of the Congo – piloted a new paradigm of cross-gender partnerships that will more effectively address the interconnected cycle of community-based and gender-based violence afflicting the Great Lakes Region of Africa—a region devastated by endemic violence and suffering of horrific proportions in the last two decades.

​Beginning in 1993, ethnically-charged political grievances spiraled out of control in Burundi and Rwanda, culminating in the Rwandan genocide and sparking a wider regional war that spilled over into neighboring Democratic Republic of Congo. Five million people perished and millions more were displaced. The legacies of these mass atrocities remain twenty years later, and violence is recurring after a period of quiet.

Statistics reveal a persistent culture of violence that targets and traumatizes vulnerable populations, and paves the way for future atrocities by normalizing all forms of violence. When people—particularly children and youth—witness or experience violence in their homes and communities, they are more susceptible to manipulation by ideologies that promote mass violence when conflicts re-emerge.  Susceptibility to violence is further reinforced by the unhealthy gendered norms that associate manhood and masculinity with an obligation to dominate others and encourage aggression over restraint.

Until now, advocates have largely addressed community gender-based violence in a siloed fashion. First, they approached it as a women’s rights issue distinct from other forms of violence, including violence directed against men and boys. The field evolved to recognize the value of engaging men. The Men and Women as Partners in Peacebuilding program took the next step, exploring new models of intervention to more effectively address the connections between violence in the home, community, and broader society.

In November 2012, the consortium met in Rwanda to conceptualize its partnership; then it convened in Burundi in early 2015 to design the model.  To test the model’s efficacy, the Great Lakes region partners developed two highly visible, interactive seed projects in each country, and implemented them in mixed-gender pairs in an effort to normalize collaboration between the sexes in these highly patriarchal communities.  After a period of implementation, the project team gathered in Eastern Democratic Republic of the Congo to reflect on lessons learned along the way, and to assess and adjust the model. The Great Lakes organizations now carry forward the work through Alliance Femmes/Hommes pour la Paix (Alliance of Women and Men for Peace), a regional alliance they formed to advance violence prevention through genuine female-male partnerships. 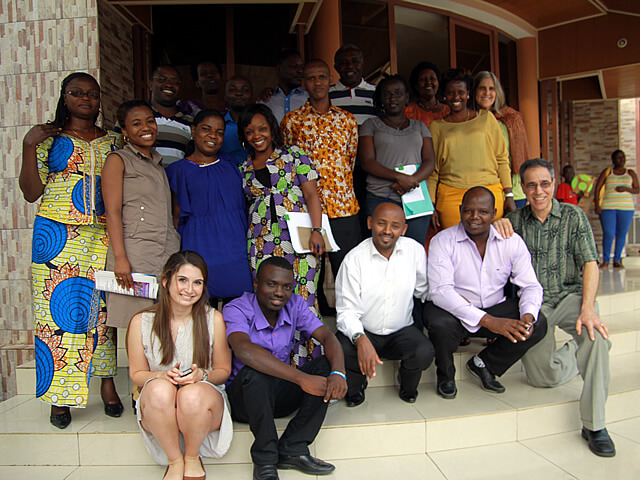 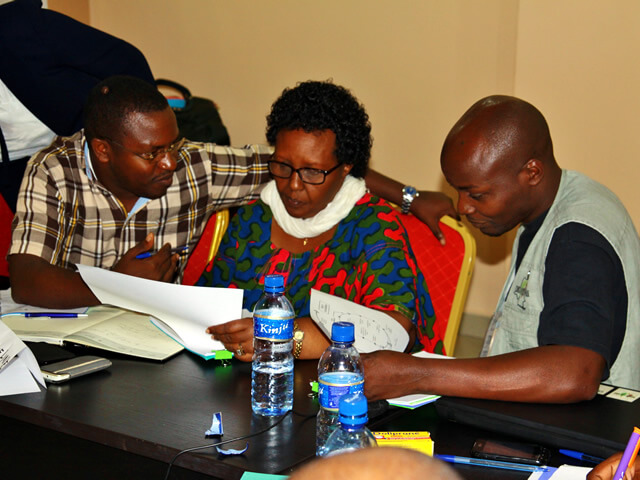 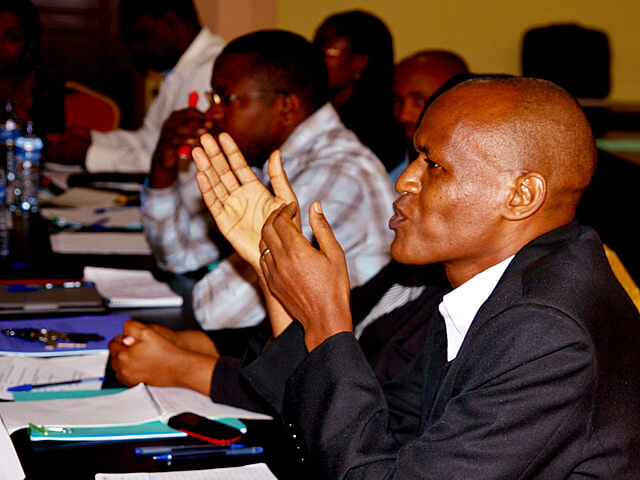 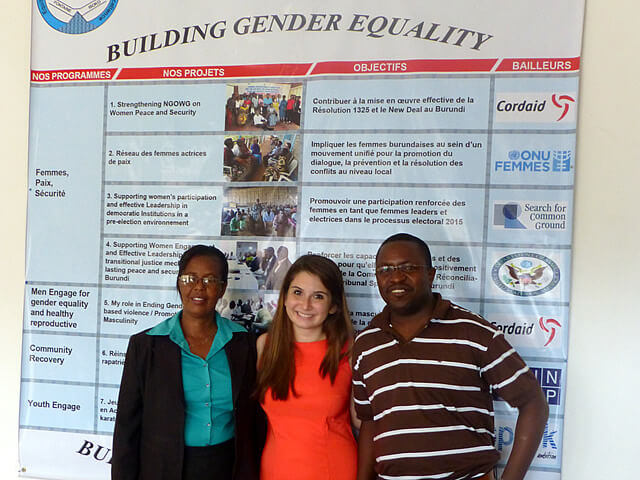