Pakistan’s struggles with religious intolerance recently made international headlines when extremists perpetrated a suicide bombing in Lahore during Easter 2016. Less well-known, outside the region, is that in the past five years more than 2,000 people have been killed and more than 3,500 injured in violence against members of different Islamic sects. This cycle of sectarian violence also feeds into broader attitudes of religious intolerance and contributes to the rise of militancy. However, faith-based groups and secular organizations in Pakistan have very different perspectives on the causes of militancy and how these should be addressed—so they fail to rally around a common agenda for promoting tolerance and peace.

Since 2015, we have partnered with Critical Connections to address the problem of violence among Islamic sects in Pakistan. In 2017-2018, we worked with the Pakistani organization Engage to bring together an ideologically diverse core group in Lahore. This participant group included Barelvi, Deobandi, Salafist, and other Sunnis; Shias (including Hazaras); Sufis, and secular-minded people—representing a range of sectors in society, from human rights to religious education. Participants worked in teams to create five seed projects that have promoted tolerance and cooperation through educational events, media, and other outreach.  For example, one team produced two animated video essays that promote tolerance among Muslims, citing Islamic history and traditions of inclusion. As of Fall 2018, the two videos combined had been viewed over 790,000 times on Facebook with 940 comments (largely supportive or constructive) and over 5,000 shares.

This built upon our previous partnership with Critical Connections and the Islamabad-based Peace and Education Foundation. Our November 2015 launch workshop in Islamabad brought together 24 influential participants representing four sectors: human rights, education, the media, and religious clergy. The workshop brought secular human rights activists, media professionals, and educators together with leaders from diverse schools of thought in Islam—Sunni (Deobandi and Barelvi), Shia, and sect-free. The participants developed common ground and dismantled stereotypes about one another. They divided into teams that are now creating practical, grassroots projects to foster tolerance in Islamabad. Through these working groups, participants worked to build more resilient communities that can withstand the manipulations of powerful people who incite violence. 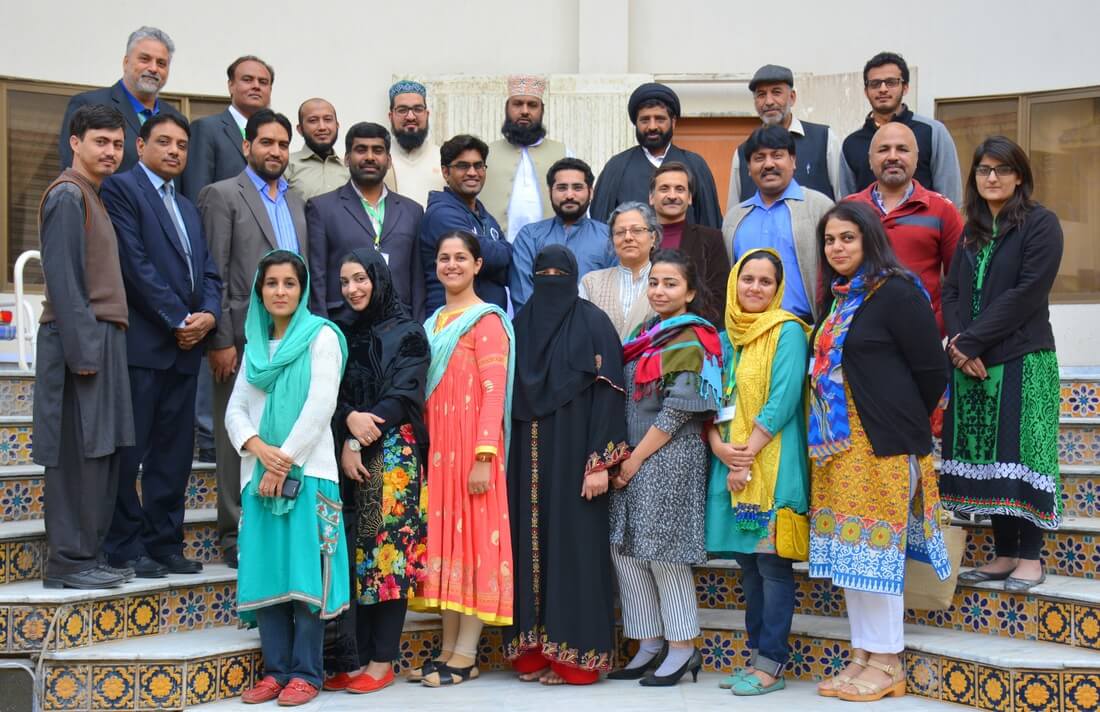 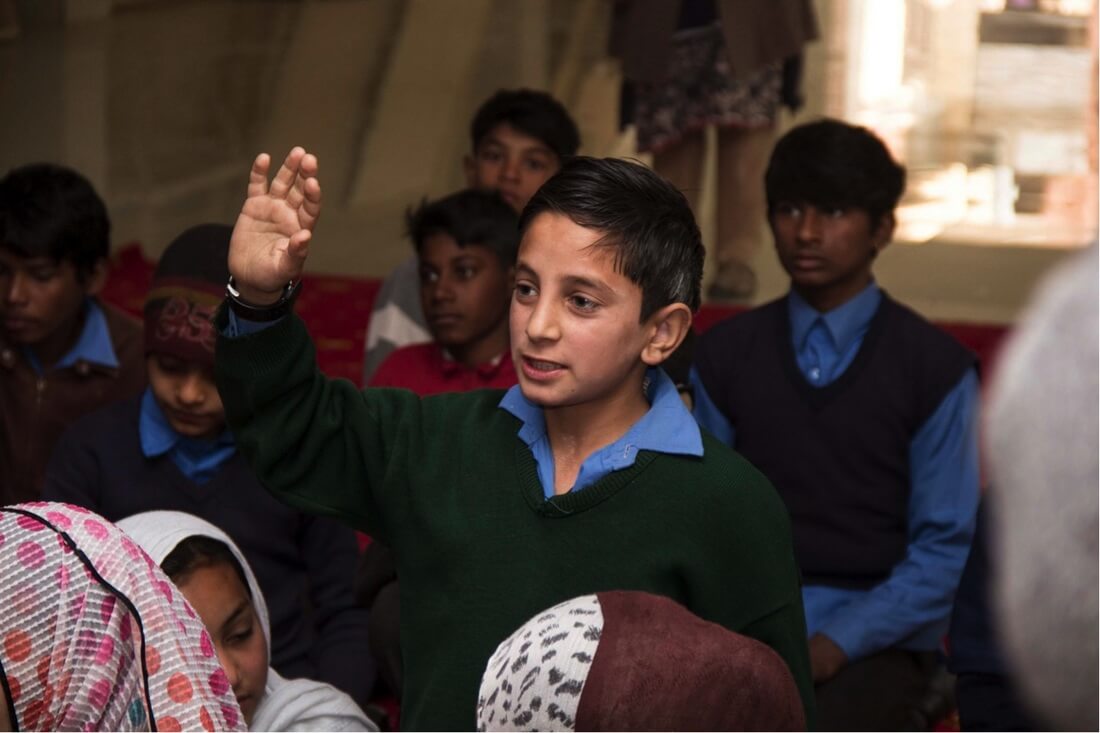 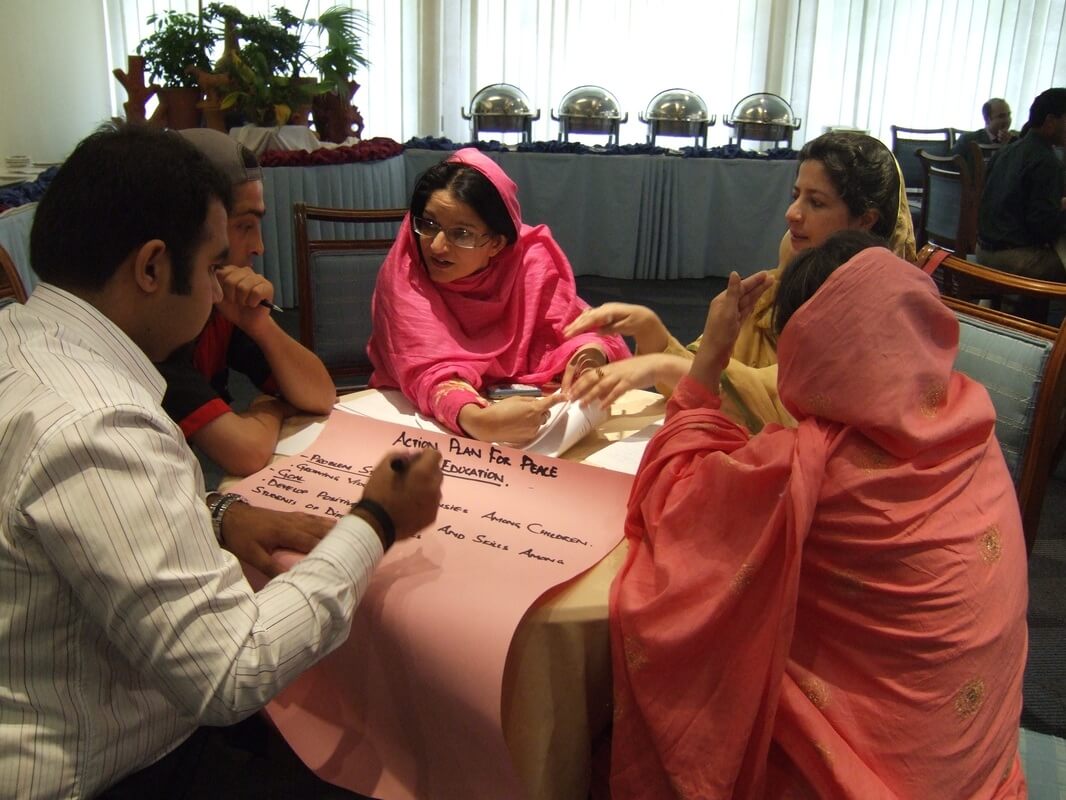 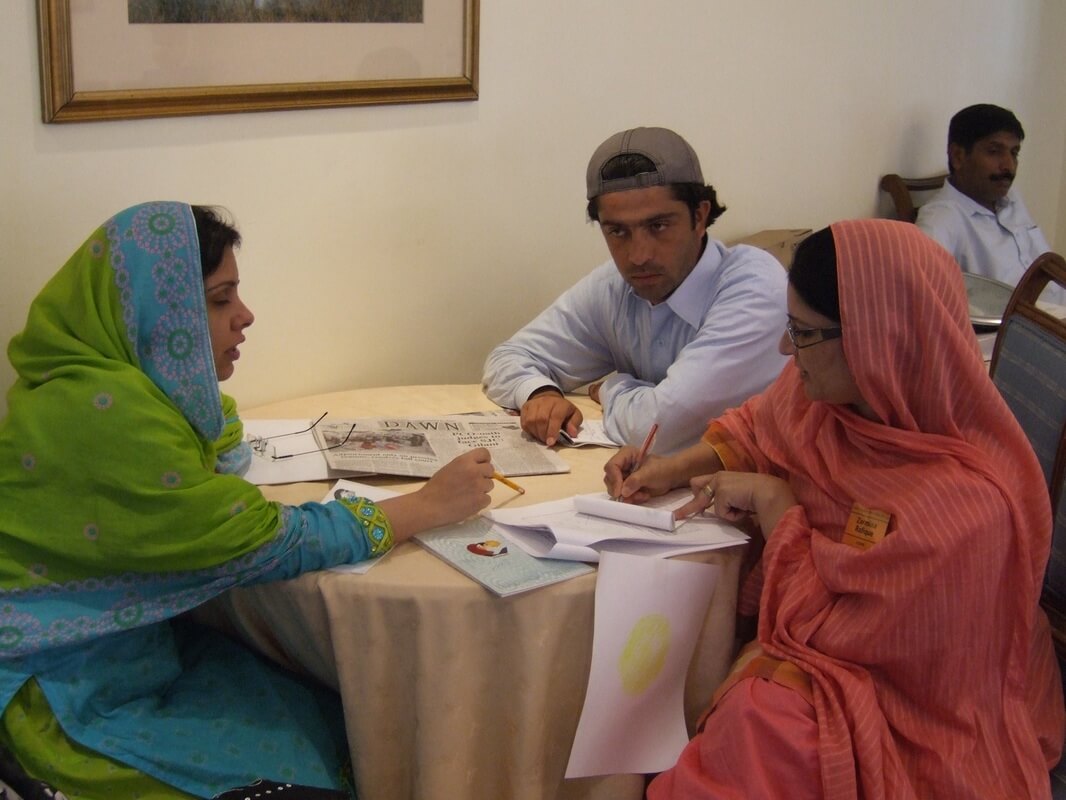 The idea of putting people from such diverse social and religious backgrounds together in one room for three days was brilliant. The person to person connections established challenged all prejudices and stereotypes.