Once seen as a beacon of regional stability, religious and ethnic harmony, and economic prosperity, the West African nation of Côte d’Ivoire experienced a disruptive civil war in 2002 that divided the country into a rebel-controlled north and government-controlled south. Most of the fighting ended in 2004, but sporadic violence continued to occur along the buffer zone and tensions remained high. The situation worsened following the October 2010 elections, when the incumbent, Laurent Gbagbo, refused to accept his defeat to the internationally recognized winner Alassane Ouattara. A violent stalemate followed as Mr. Gbagbo clung to power and security forces terrorized citizens. Thousands were killed, raped, and abused in Abidjan, Côte d’Ivoire’s principal city. After four months of this standoff, Mr. Ouattara’s forces managed to capture Mr. Gbagbo. He still refused to relinquish power, however, and it eventually took devastating airstrikes by French and United Nations helicopters to help end his rule.

Following the end of the violence, Côte d’Ivoire has slowly but surely begun its recovery process. Peace initiatives have been taken at both government and civil society levels. Unfortunately, the post-electoral violence greatly limited the role that Ivoirians of different political leanings can play in the country’s development. The words and actions of high-profile actors routinely come under intense public scrutiny, making it difficult for these actors to play a significant role in the recovery process. Civil society actors, however, have retained the freedom to operate in a way that creates greater space for political expression and positive action. Two such actors are Côte d’Ivoire’s Evangelical and Catholic churches.

In January 2013, the Karuna Center partnered with the US-based development firm AECOM to work with members of Côte d’Ivoire’s Evangelical and Catholic churches to capitalize on their breadth of reach (the Evangelical churches of Côte d’Ivoire alone boast over a million members with 450 churches country wide) and make optimal use of their power as change agents.

Karuna staff facilitated a “training of trainers” workshop in Abidjan for 50 Evangelical and Catholic Christian leaders to enhance their understanding of the role their churches can play in the post-conflict recovery process. To increase space for a diversity of political expression and develop greater inclusivity in the profile of Ivoirians who are able to participate in the recovery process, participants analyzed the factors affecting the recovery process in their respective communities and designed a series of steps for removing the obstacles that prevent proactive and inclusive participation at the local level. This training of trainers workshop prepared the religious leaders to return to their own communities with the skills and knowledge needed to help their congregations develop and implement an action plan for supporting and improving local recovery efforts. A tailor-made peacebuilding training manual was later prepared and distributed to help the participants in their ongoing work. 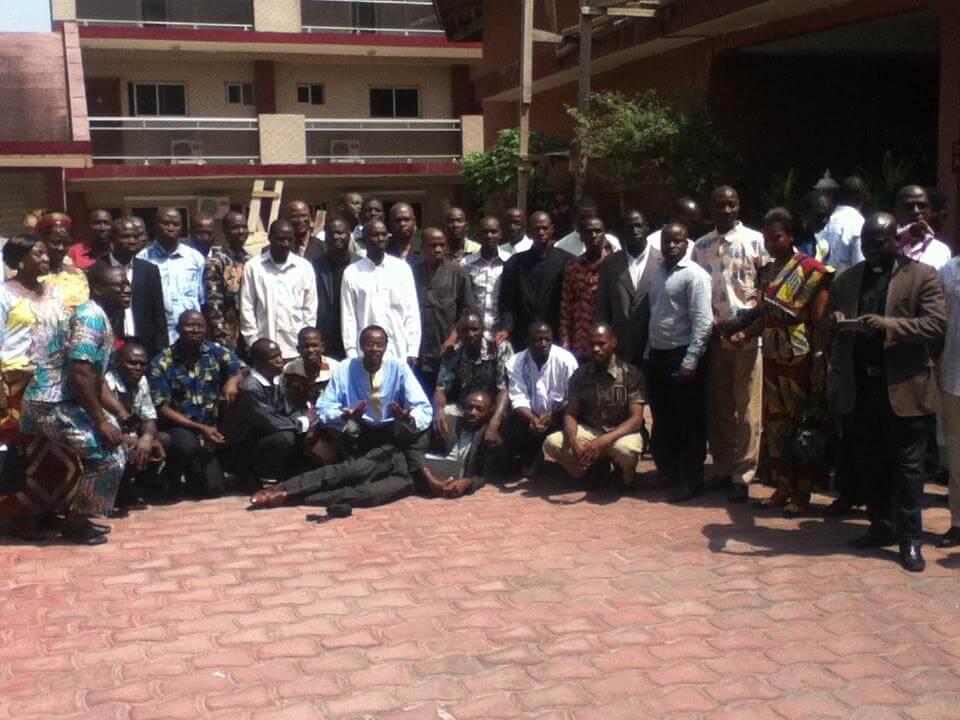 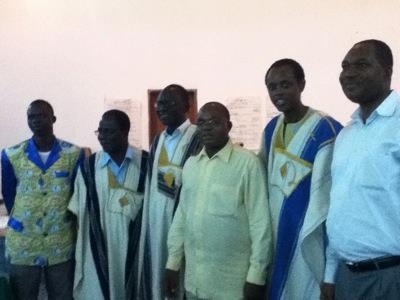 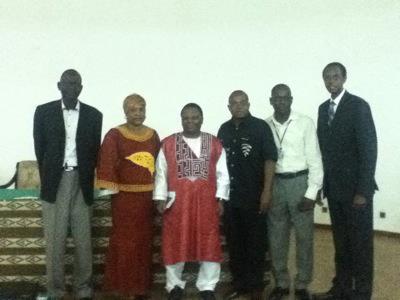 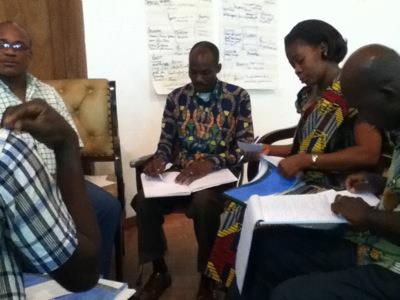 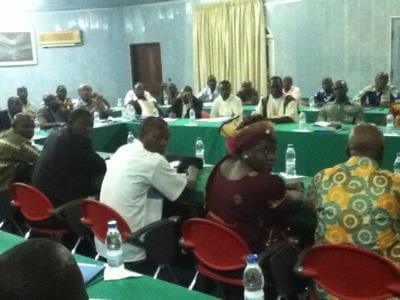 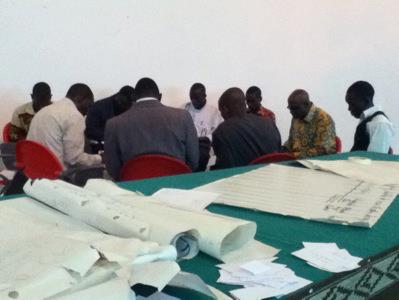