Karuna Center is led by a staff team that works in partnership with peacebuilding organizations and colleagues worldwide.

Our Associates
Board of Directors
Work With Us

Karuna Center is based in Amherst, Massachusetts (U.S.A.)—but the team works remotely from diverse locations.

Polly Byers joined the staff of Karuna Center in July 2020, bringing more than 30 years of experience working both within and outside of government channels to support peacebuilding practices and to increase local collaboration and ownership of aid and peace processes.

For more than thirty years, Polly Byers has worked to support peacebuilding practices and improve international development and humanitarian aid policy. Working from within and outside of government channels, she has driven efforts to make aid more responsive to communities impacted by violent conflict. As Executive Director of Karuna Center, Polly is looking forward to focusing intensively on her commitment to supporting the capacity and resilience of conflict-affected societies in order to foster peace and reconciliation.

Polly also served as the Executive Director of CDA Collaborative Learning, an NGO focused on improving the effectiveness of organizations working in conflict-affected areas, and integrating the concept of Do No Harm into aid programs. Do No Harm practices seek to analyze and avoid the potential for international aid to unintentionally have negative consequences on local communities.

Ms. Byers holds an MA from Yale University in International Relations, a BA from Wesleyan University, and served as a Peace Corps Volunteer in Morocco.

Daniela joined the Karuna Center in 2020. As a Program Manager, she brings more than a decade of experience developing and managing programs and advancing collaboration within international, philanthropic and nonprofit organizations.

Daniela has worked on capacity building, research and collaboration initiatives to advance evidence-based approaches to international security, counterterrorism, crime, human trafficking and drug policy worldwide. At the Open Society Foundations, she implemented a program aimed at fostering an organizational culture that embraced change, inclusion and diversity, coordinated a rapid response initiative to confront hate crimes and incidents, and managed a high-priority collaborative project on global drug policy reform. Daniela previously served as a consultant with the United Nations Office on Drugs and Crime and the Ministry of Justice in Brasília, and worked at the Organization of American States in Washington, D.C.

Daniela holds an MA in International Security from Georgetown University, and a BA in International Relations from Univali in Brazil, where she was born and raised. Daniela speaks Portuguese, English, Spanish, and French.

Keenyn McFarlane joined the Karuna Center in 2020. As Financial Director, he brings extensive experience in non-profit finanical and administrative management.

Mr. McFarlane has served as Chief Financial Officer (CFO) for several nonprofit organizations and privately-held companies, as a senior executive in government, and as a cabinet-level administrator in higher education.

McFarlane is a dynamic and agile business leader with more than two decades of professionally developed leadership, strategic, financial, operations, and interpersonal skills. In several CFO roles, he has been responsible for the delivery of comprehensive finance, information technology, human resource management and facilities management functions. The breadth of his experience consists of traditional CFO responsibilities of accounting and audit, budgeting and resource planning, risk management and insurance, tax and compliance, asset management, treasury services and capital investment, and also includes program design and evaluation, facilities and construction management, security operations and business continuity planning, marketing, philanthropy and resource development and enterprise strategic planning. He has provided leadership to the full spectrum of financial management disciplines as well as to fundraising, human resources, information technology and facilities management, communications, marketing and public relations.

Mr. McFarlane has lectured in Economics and Management as a member of the adjunct faculty at Emmanuel College in Boston. He serves on the Board of the National Blood Foundation Research and Education Trust and is a Posse Foundation Career Coach. After graduating from Regis High School in Manhattan, he attended Brown University, and later earned a B.A. in Economics from the University of Massachusetts and a MBA from Bentley College. He is a native New Yorker, raised in the East New York section of Brooklyn.

Laura Anderson joined Karuna Center in 2010 with experience in not-for-profit communications and fundraising.

Laura Anderson joined Karuna Center in 2010 with experience in not-for-profit communications and fundraising. She has been in the position of both grant-maker and grant-writer for grassroots organizations, worked in video and other visual media, and been involved in various community-based organizing projects. She has a BA in Social Justice and Media of Communication from University of Massachusetts-Amherst.

Jessica joined the Karuna Center team in June 2014. She has years of bookkeeping and office management experience in both the non-profit and for-profit sectors. 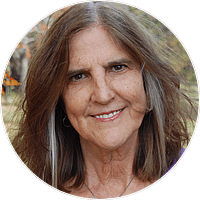 Olivia Stokes Dreier has extensive international experience in conflict transformation, including the development, design, and delivery of multi-year programs in peacebuilding, inter-communal dialogue, reconciliation, and conflict-sensitive development for diverse stakeholders.

Olivia Stokes Dreier is a former Executive Director and lead trainer at Karuna Center. She has extensive international experience in conflict transformation, including the development, design, and delivery of multi-year programs in peacebuilding, inter-communal dialogue, reconciliation, and conflict-sensitive development for diverse stakeholders.

Since 2002, Ms. Dreier has designed and led programs in over fifteen countries, including Afghanistan, Azerbaijan, Bosnia-Herzegovina, the Central African Republic, Kosovo, Macedonia, Georgia, Israel, the Palestinian Territories, Sri Lanka, India, Nepal, Pakistan, Rwanda, and Senegal. She frequently conducts conflict assessments, and has consulted with the World Bank and the Asian Development Bank on conflict-sensitive development. From 2002-2012, Ms. Dreier also directed the Conflict Transformation Across Cultures (CONTACT) Graduate Certificate Program at the School for International Training (SIT) in Brattleboro VT.

Earlier in her career, Ms. Dreier worked with the Gandhian movement in India on rural development and non-formal education for two years. After returning to the United States, she served as a community mental health practitioner for over 20 years, working with individuals, families, and groups from both narrative and systems orientations. Ms. Dreier holds a B.A. in Psychology from Yale University, a Masters in Social Work from Smith College, and a Masters in Public Administration from Harvard University’s Kennedy School of Government.  She has professional proficiency in French, and speaks conversational Hindi and Urdu. 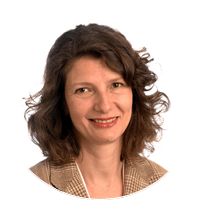 Maria Jessop has over ten years of international and U.S. experience using mediation, facilitated dialogue, and capacity-building programs to bridge divides, find solutions, and catalyze groups for peaceful change from the grassroots to the national level.

Maria Jessop is a Senior Peacebuilding Advisor with Karuna Center in Washington, DC. and also consults independently. She has nine years of international experience and ten years in the U.S. using mediation, facilitated dialogue, and capacity-building programs to bridge divides, find solutions, and catalyze groups for peaceful change from the grassroots to the national level.  She has conducted programs in over fifteen countries, including Afghanistan, Colombia, Haiti, Iraq, the Central African Republic and many other countries in Sub-Saharan Africa. 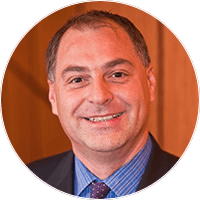 Mirsad “Miki” Jacevic is Vice Chair at the Institute for Inclusive Security, Director of the Bosnia program at Global Youth Connect and a professor at various universities.

Mirsad “Miki” Jacevic is Vice Chair at the Institute for Inclusive Security, Director of the Bosnia program at Global Youth Connect and a professor at various universities. He directed the conflict resolution programming in Afghanistan, Pakistan and Sudan, and previously managed country programs in Bosnia and Herzegovina, Colombia, and Liberia. He was instrumental in building an inclusive Afghan Peace and Reconstruction Programme, Liberian post-conflict development strategy, Colombian transitional justice and disarmament structures, and Pakistan police reform initiatives. In addition, he has worked in Guatemala, Nigeria, Kenya, Sudan, and has extensive experience in various aspects of post-conflict reconstruction in his native Balkans region.

Mr. Jacevic has overseen Inclusive Security’s training programs and strategic consultations around the globe and led the development of strategic partnerships with UN Development Programme, Organization for Security and Cooperation in Europe, and Organization of American States, among others. He was the primary author of the Institute’s groundbreaking curriculum, based on several decades of experience in teaching conflict analysis and resolution around the world, and has overseen creation of curricula on advocacy for sustainable peace, inclusive security sector reform, and creation of government policies on UN Security Council Resolution 1325.

Mr. Jacevic has been at the forefront of Inclusive Security’s efforts to design and implement high-impact national action plans (NAPs) across the globe. Over the last five years, he worked closely with the Afghan Ministry of Foreign Affairs in designing their new NAP. In Bosnia and Herzegovina (BiH), Mr. Jacevic led a comprehensive assessment of the country’s plan at the request of the Agency for Gender Equality of BiH and continues to provide comprehensive technical assistance for the development of BiH’s new plan and corresponding monitoring and evaluation system. Mr. Jacevic was also part of Inclusive Security’s assessment that evaluated the impact of Liberia’s NAP at the direct request of President Ellen Johnson Sirleaf. In Indonesia, he supported members of our Women Waging Peace network as they drafted and launched their country’s plan. In addition to leading specific country engagements, Mr. Jacevic assists in shaping the program’s strategic vision and guides development of the NAP team’s curricula.

Originally from Sarajevo, Mr. Jacevic assisted efforts to stop the bloodshed and promote post-war reconciliation.  He directed the Emerging Leaders Project at the State of the World Forum and managed global reintegration efforts for child soldiers at Search for Common Ground. He and his wife co-founded Global Youth Connect, an organization dedicated to mobilizing young people to prevent genocide. As the director of its Bosnia program, for the last decade he has led delegation of international students on a month-long tour of Bosnia, including annual commemoration of the genocide at Srebrenica. He is a PhD candidate at George Mason University’s School for Conflict Analysis and Resolution, and he teaches at American University, Prescott College, and the School for International Training, with a special focus on transitional justice and monitoring/evaluation of peacebuilding programs. He and his wife, Guatemalan human rights leader Eva Contreras Morales, have two teenage children.